There are many definitions of power, but in Science / Physics, power refers to doing work or transferring heat or energy to cause a change.

Power is the rate at which that energy is used. In other words, how fast the energy is being used.

For example, you can carry a box of books slowly up some stairs and use a certain amount of power. But if you run up the stairs with the box of books, you will need to use more power.

And of course, more energy is needed as well.

The earliest definitions of power are related to the invention of the steam engine, which was the beginning of the industrial revolution in the late 1700s in England.

The man responsible for first attempting to measure the rate at which work is done and power needed to do the work was James Watt, a Scottish engineer, when he came up with the concept of horsepower (hp). More on this later!

Today, it is still the basis for how we can understand energy, power, and work and how our energy resources can be used in today’s modern society.

Over the years since 1781, engineers and scientists have come up with a standard way to measure power. They agreed to call it the watt, naming it after the famous scientist James Watt. 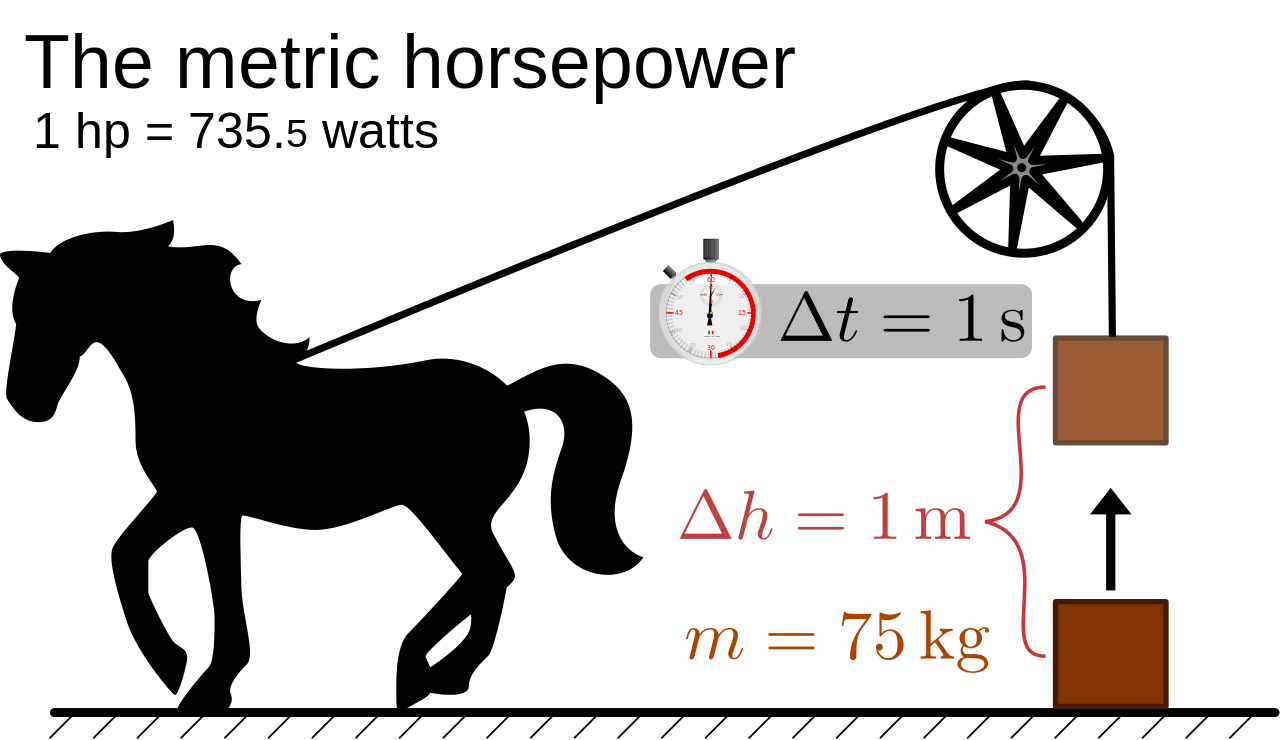 Electrical power can also be determined when you know the current and the voltage. Everything electrical we use today is described by the number of watts it produces in power: light bulbs, hair dryers, heaters, stereos, radios, TVs, toasters, electric drills and saws – the list is endless.

Work, power, energy, and watts have been given definitions and, if you study physics, you will learn about the different formulas created by scientists to measure these things.

The same applies to describing electricity and current. The names of the units and the formulas used have been accepted by the International System of Units so that descriptions are the same throughout the world. Everyone working in Science agrees on the definitions and the formulas.

Power is just a way of describing the flow of energy (one joule per second) and the result is a Watt. A joule is a unit of work and a unit of energy.

Energy can be found in many different forms, such as heat, light, motion, electrical, chemical, solar, or nuclear.

Another way of describing power is ‘horsepower (hp)’. The horsepower can be calculated with a formula using energy, time, force which converts it to Watts. For example, scientists have determined that one hp is equal to 756 Watts of power, and a 100 hp engine could produce 75,600 Watts of power.